All Them Teeth And No Toothbrush

Have you ever been out and about and thought, “Wow, I can’t get a bit of peace and quiet in this busy busy world.”? Well, Multinational conglomerate Sony might have the answer for you. And no, it’s not headphones. That would be way too simple.

No, the answer involves drones. Shocking, we know. Who would have guessed? But picture this, you’re walking around a busy city construction site and you get an important call from a doctor or a family member, and need to find a place to take the call. Most places won’t be quiet enough to have a conversation that doesn’t involve screaming. Suddenly, you hear a swarm heading your way. You’re terrified, but after being completely surrounded by large drones, everything goes quiet. You’re in a bubble of silence.

Well, almost silence. The drones would be equipped with speakers that would engulf you in white noise. Making your conversation easy and effortless while standing in the loudest, most harsh environment. That’s not creepy and dystopian at all, right? RIGHT?!

It is a really cool idea, but we can’t imagine it’s any better than noise canceling earbuds.. But we won’t tell them that. Progress has to be made! 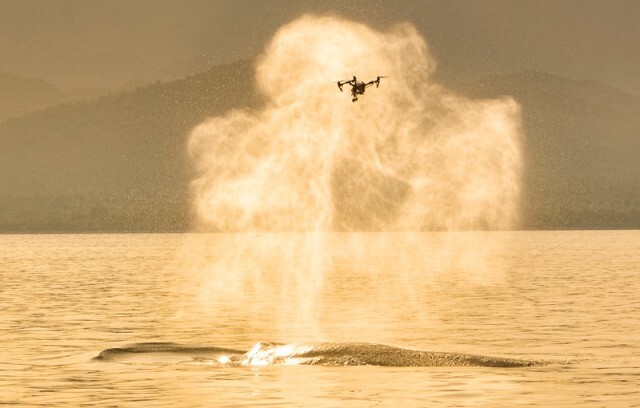 If you’ve ever been deep sea fishing or out on a boat decently far off the coast, you know that even from the height of a boat, you can see much further down than when you stand on the sandy murky beach. So going even higher gets you some pretty good angles at the wildlife below.

Drones have been used for a long time now to monitor ocean wildlife without getting too close. When you familiarize animals with the sound of boats and people, you can inadvertently train them to not be afraid of the noise. So using a drone to get a good overview seems like the perfect solution. Well, it’s even better than that.

Recently, scientists in Iceland have started using drones to collect whale and dolphin snot to monitor the health and stress levels of the mammals. Meaning they get an early sample before all the tourists come out, and then collect a second sample once the gawkers have arrived. This allows them to get a good baseline and then measure what affects the tourism industry is having on the animals.

Good luck selling those old drones when they’re done with them though. “Only flown by a little old Scientist on Sundays. Completely covered in boogers. Serious inquiries only.” 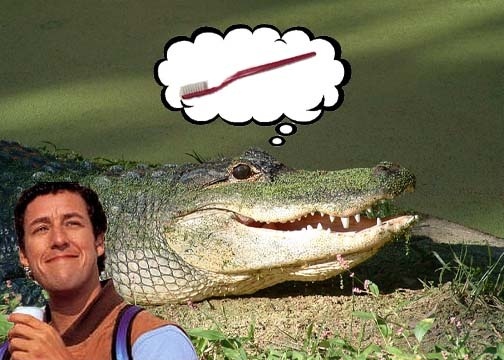 You know those signs that you see in public that make you think, “Someone was dumb enough to do that, and now there’s a sign for it.”? We’re here to tell you that you shouldn’t rely on signs when it comes to your drone.

A tiktoker flew their drone dangerously close to an alligator recently, and obviously, they no longer have that drone. This is a true testament of what happens when the past meets the future. In one corner, you have a literal dinosaur that has evolved over millennia to become a killing machine, and in the other corner you have a DJI Spark.

We’re not big on gambling, but there’s a pretty clear winner here. Alligators can use their tails to propel them up to 5 ft out of the water… Again, there’s a clear winner.

This may cause problems though. If you watch the video, the gator punctures the battery which causes a fire in it’s mouth. Now, these monsters didn’t become monsters by not being able to take a punch. And this may cause a crack down on flying drones anywhere near wildlife. HOW WILL THEY COLLECT THE WHALE SNOT NOW? On a happy note, George, the alligator, was said to have been fine and even still looked hungry after his Spark appetizer. What made George so ornery you might ask? Momma said it’s because he got all them teeth, but no toothbrush.