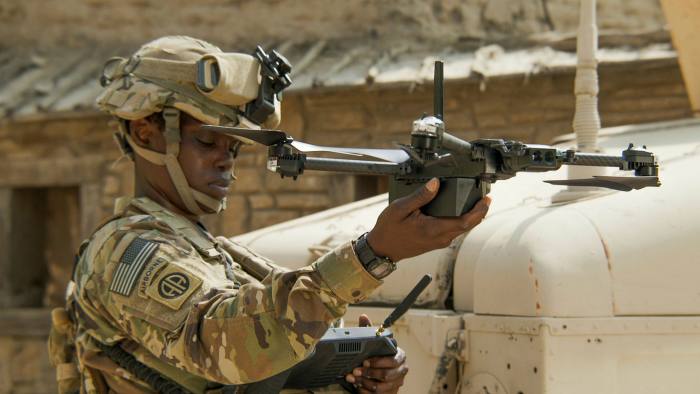 As the old saying goes, “there’s more than one way to skin a cat.” And sure that’s true in the drone world, but there really are a limited number of ways you can skin that cat. When crafting a drone, you have essentially 4 options- a quadcopter, a fixed wing, a VTOL, or a “Dronut”, the single duct drone (our obviously favorite).

So with this limit on drone frame configurations, how can we expect to see innovation? Well that’s why you’re reading this, ya silly goose.

The obvious answer is bigger motors, better batteries, longer props for more flight time. But those are the obvious answers. Everyone’s doing that. We need innovation, creativity, all the things that make a booming industry grow. Software is the more realistic answer. We’re approaching a point in history where hardware is hitting its ceiling, leaving it up to coding to jump in to increase capabilities.

Shield A.I. is doing just that. Their answer is to use artificial intelligence in drones, enabling them to fly themselves. When a drone can fly itself and map out buildings with no input from a person, it frees up that person to do other things like get a nice fulfilling breakfast before kicking the doors in. Growing soldiers need their breakfast after-all. Read more….

Add this to the top ten reasons to get a drone this year. You can train/play with your dog with one. It’s fun for the whole family, including Fido!

While on a walk in Hampshire, England, Millie decided to get out of her collar and go for a walk of her own. She got away from her owner and went on a 3-day adventure that landed her stranded in a mudflad (something we had never even heard of before, but is apparently a thing in England). These areas can flood during tides, and put little Millie in danger. Attempts to rescue her by land and sea proved fruitless, so they took to the air.

The drone had been on site tracking her movements the whole time, when someone (who’d probably had enough after 2 and half days) suggested they tie a sausage to the drone and lure her to safety. This worked! A freshly cooked sausage was donated by a neighbor and tied to the drone.

Millie almost pulled the drone out of the sky, but thankfully she was only able to wet her appetite. She made it off the mudflat and then proceeded to run away from the rescuers all the way back home. Don’t you love a happy ending? The End. Read more….