Drones Are On The Way! 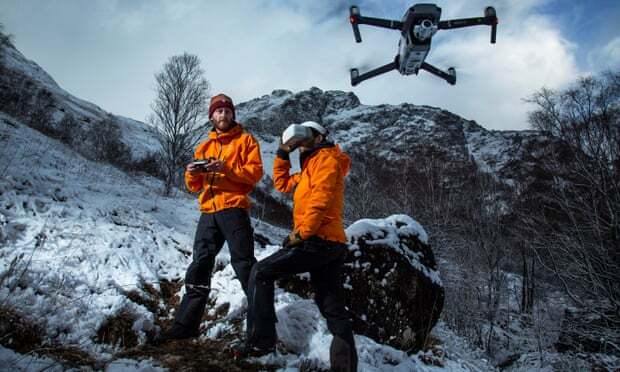 Search and rescue teams in Scotland are jumping on the bandwagon to use drones in their operations. When this team of Americans thinks of Scotland, we think of lush rolling hills of green populated with little towns and cities. So how could anyone get lost? Shame on you Americans who think Scotland is a tiny flat country. It’s actually the most mountainous part of the U.K.

With all of the tourists showing up thinking it’s not going to be treacherous, they get a lot of lost hikers. As most of you know, drones really shine in search and rescue scenarios. They’re also hoping the cellular technology will increase the likelihood that stranded folks have the ability to get service and show their location. Makes searching and rescuing far easier, ya know? The added perk of drones and cellular tech? Keeping emergency response teams connected when searching!

We’ll leave you with what we assume gets blasted over the speakers when the drone finds you:

“Dinnae shift! We will be thaur suin!”

Reality just keeps getting stranger than fiction. An unnamed Chinese woman reportedly hired 520 drones to write “Happy Birthday” in the sky for her dog’s 10th Birthday. A whopping $16,000 investment.

But who are we to tell this woman how to spend her money? If she wants to spend $16,000 on her dog’s birthday, that’s a life choice. Not one we’d pick, and we’re a drone company for goodness sake!

The dog showed no interest and went back to licking itself. The number was apparently chosen because it sounds similar to the phrase “I love you” in Mandarin. So at least she thought it all out. It wasn’t some spur of the moment, throw together a drone show for my dog’s birthday sort of thing. Respect where it’s due, we guess. Local police were not so happy about the celebration of life because it’s still the year of the ox. Not the dog. Also, approval was not granted beforehand, so that’s probably more it. Anyway, happy birthday, Doudou!