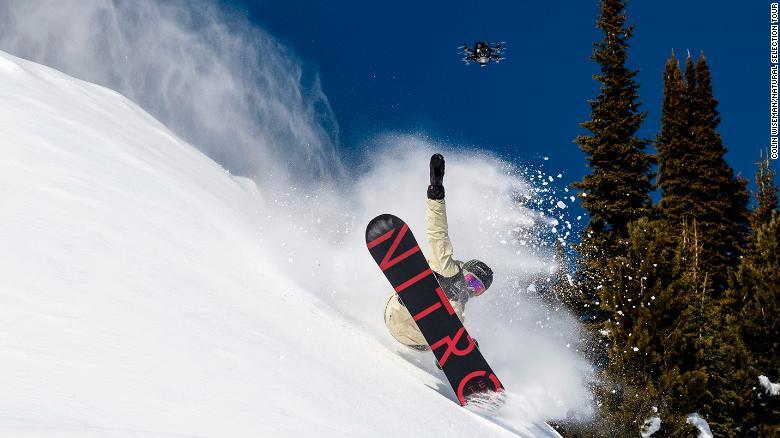 COVID has definitely brought drones into the limelight in the sports world. Whether it’s for security or just for getting good angles. We’ve talked about drones being used to film the boring old Masters Golf Tournament, but Travis Rice, a professional snowboarder, has decided to turn the dial up to “11” in terms of filming with drones. That’s right everyone. Things are getting totally gnarly this week. (Did that sound ok? Are we cool with the kids?)

The traditional method for filming sports like snowboarding, was to just have a stationary camera perched on a hill or in an optimum position and just zoom in and follow the rider. But that’s way too lame for snowboarding. Another option was to have another snowboarder follow with an action camera and just use stabilization on the footage to make it smooth. But you risk the footage being too shaky to use and then you don’t have any footage at all. Using an eight rotor racing drone outfitted with a gimballed camera, Rice is able to get both the up close shots following the rider through the trees and then quickly launch into the sky to get a beautiful cinematic view. It’s the best of both worlds really, and waaaay cooler than the old methods.

Another plus side to using a drone is having the information of where someone is if they were to get hurt or trapped in the snow! So maybe there’s a little hint of public safety in this story afterall! A happy ending. READ MORE…… 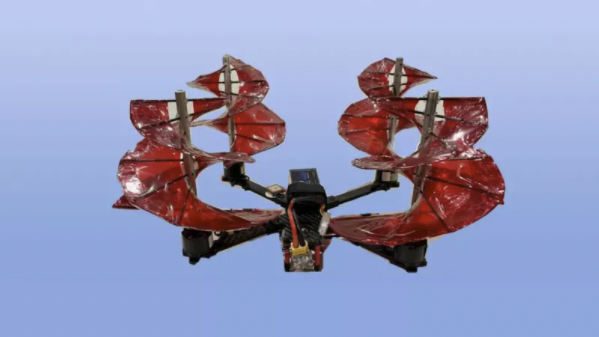 This article is about probably the most famous nerd of all time after Einstein. It’s of course, Leonardo Da Vinci. And we know, everyone says, “He was a renaissance man. He was so good at so much.” But dude was a dweeb. If he was alive today he’d probably get made fun of in school and be shoved into lockers, if that’s still the preferred stereotype of being bullied. He wrote his notes backwards using a mirror… That’s all we need to say.

He was way ahead of his time though. He has his famous design for a flying machine, which was basically a glider that flapped its wings like a bird, and he also had designs for armored vehicles, parachutes, bridges, and even scuba suits! But one of his best known designs was of a rudimentary helicopter. He called it the Aerial Screw. Well, a nerd who likes grandpa nerd so much, decided to take his design and put four of them on a modern quadcopter and called it the Crimson Spin (which is a Fairly Oddparents reference for those born before 1990).

Besides looking absolutely amazing and ridiculous at the same time, the prop design actually has some positives. There’s less downwash at take off and landing, which decreases dust and particles getting launched into the air. And the props are quieter than traditional props.

Is a design from the 15 century the future of drones? Probably not. READ MORE…..