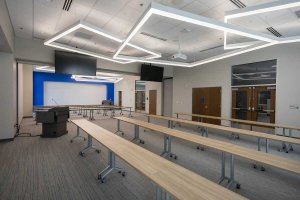 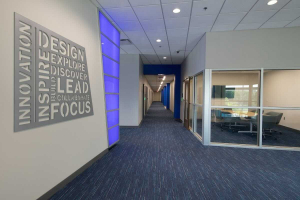 ATLANTA – Skyfire Consulting (skyfireconsulting.com), the most trusted and experienced public safety UAS consulting group, today announced it has opened a new partnership and innovation hub in Huntsville, AL—known as Rocket City, U.S.A.—to more closely align with world-class aeronautic and defense agencies and organizations, and to explore innovative opportunities for the design and manufacturing of drones, as well as training and support of their use.

“Home to Redstone Arsenal, which has been the center of the U.S. Army’s missile and rocket programs for more than 50 years, the new headquarters for the U.S. Space Command and the University of Alabama in Huntsville’s I²C Invention to Innovation Center, Huntsville is the perfect location for Skyfire to continue our growth,” said Matt Sloane, Skyfire founder and CEO. “This office will allow us to foster new relationships with the FBI, who recently announced their plans to build a one-billion-dollar facility in the area, and others within public safety and flight, as well as staying on the pulse of new and innovative technology in our industry.”

As one of the first organizations to place its primary focus on using drones within critical sectors to improve the safety of communities and public safety agencies across the United States, Skyfire, over the past seven years, has helped hundreds of public safety departments launch successful drone programs and become the premier UAS consulting group in the country. Skyfire has continued to evolve within this ever-changing industry and this new office will facilitate new collaborations and innovative solutions to meet the needs of each of its customers and the communities they serve.

When someone thinks of space and flight, they should think of Huntsville, the birthplace of the rockets that put man on the moon and a hub for ongoing innovation and space exploration. Additionally, the city is deeply rooted and invested in the security of the United States, and for decades has been at the forefront of safeguarding U.S. interests around the world. More recently, its large population of Defense Department works has given Huntsville a second nickname: “Pentagon South.”

Skyfire CEO Matt Sloane recently sat down with their new neighbors in Huntsville, AL, Spark Spotlight—a podcast series featuring the best and brightest companies and mentors at the I2C Invention to Innovation Center at the University of Alabama Huntsville—to discuss Skyfire’s journey since 2014 and the exciting news of opening a new partnership and innovation office in Huntsville.

Sit back, relax and listen away!

Skyfire has also announced it has set-up offices in Maine, which will focus on R&D and design and manufacturing of custom American-Made drones, Northern Virginia, a hub for federal law enforcement and defense training close to the nation’s capital and has moved into a new headquarters building in Marietta, GA.

Skyfire Consulting is the most trusted and experienced public safety UAV consulting company in the United States. Specializing in pilot training, FAA consulting, SOP development, American-made drone design and manufacturing for public safety agencies, Skyfire is focused on providing solutions to the most complex needs. 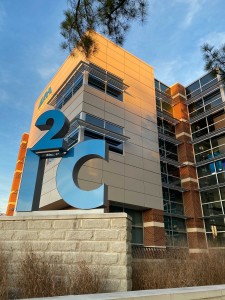